In 2020, there were almost 14,600 natural damage claims in Sweden that were covered by insurance, of which the absolute majority (10,000 claims) were caused by storms. In total the insurance companies paid almost SEK 489 million in compensation for natural damage.

The occurrence of different types of natural damage varies considerably from one year to another. The most dramatic year to date since 1985, when the statistics first was collected, was 2005, when the storm Gudrun in Småland caused more than 90,000 claims, with compensation from insurance companies of almost SEK 3.8 billion. 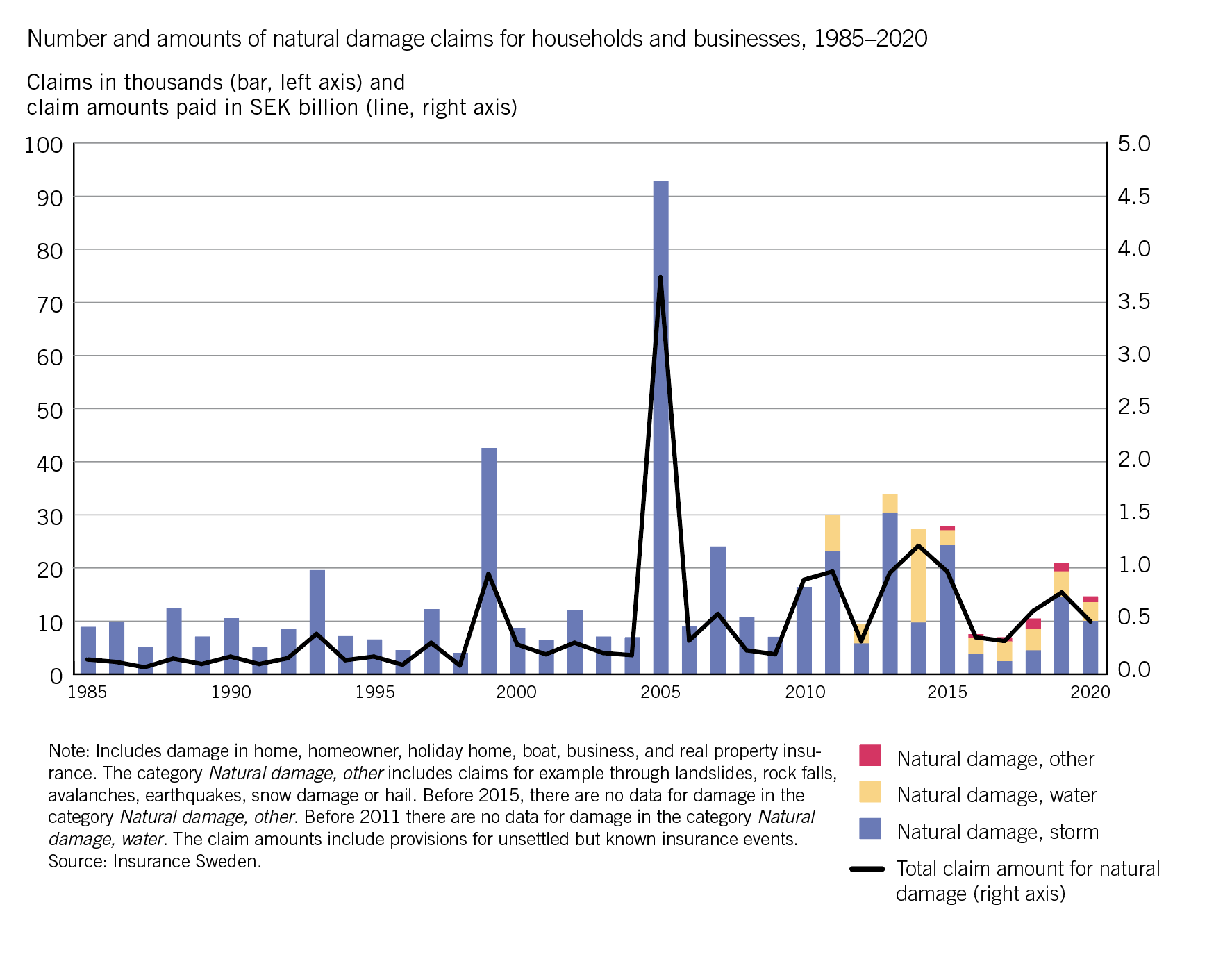 Between 2015 and 2020, an average of 13,300 natural disasters occurred per year. Storms, floods, landslides, rock falls, earthquakes, erosion, subsidence due to low groundwater levels, hail, snow pressure, avalanches, and other natural disasters have all contributed to these. The claim amounts totalled just over SEK 3.5 billion, which is more than SEK 586 million per year on average. The claim amounts in dwellings caused by natural disasters vary depending on the number of natural disasters that occur each year. With a total claim amount of SEK 157 million for the period 2015–2020, Norrtälje is the most affected municipality (see figure 18). The storm Alfrida hit Norrtälje in January 2019. Helsingborg had a total claim amount of SEK 134 million. Storms and floods have hit the city on several occasions, particularly between 2015 and 2017. The claim amount for Uppsala was SEK 125 million, which stems primarily from flooding caused by torrential rains in 2018. 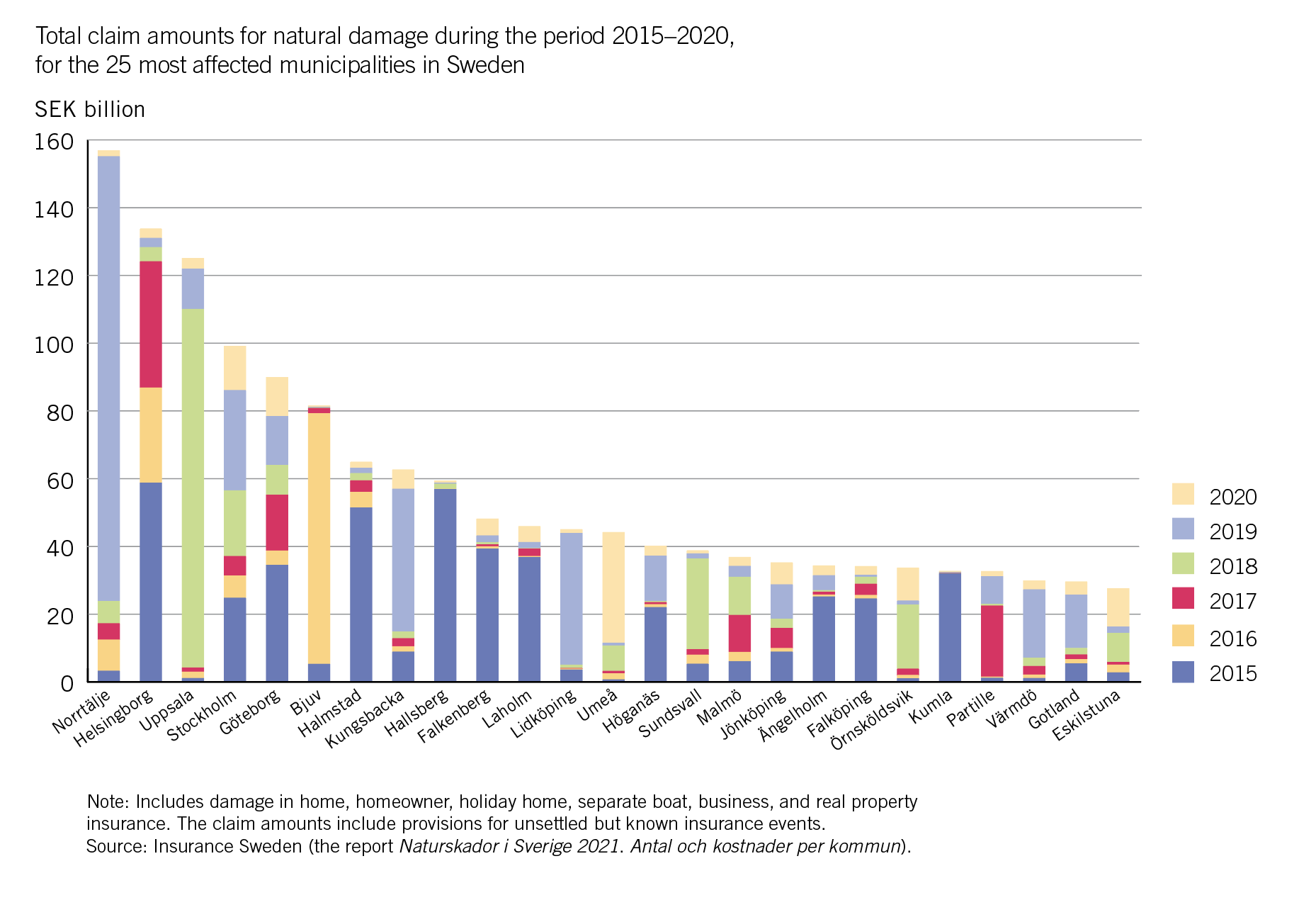