There are many different insurance policies that compensate households for
damage or loss of property and personal possessions owned or rented by the
person insured, in for example homes, houses, holiday houses, boats, cars and
other vehicles.

Vehicle insurance is the most common insurance policy for households. At the end of 2021 there were just under 5.3 million insured passenger cars and almost 3.1 million other insured motor vehicles.

Home insurance and house insurance are also common policies. Homeowner insurance is a combination of these and not only covers the costs for claims covered by the ordinary home insurance, but also functions as financial protection against claims that may arise concerning the property itself. 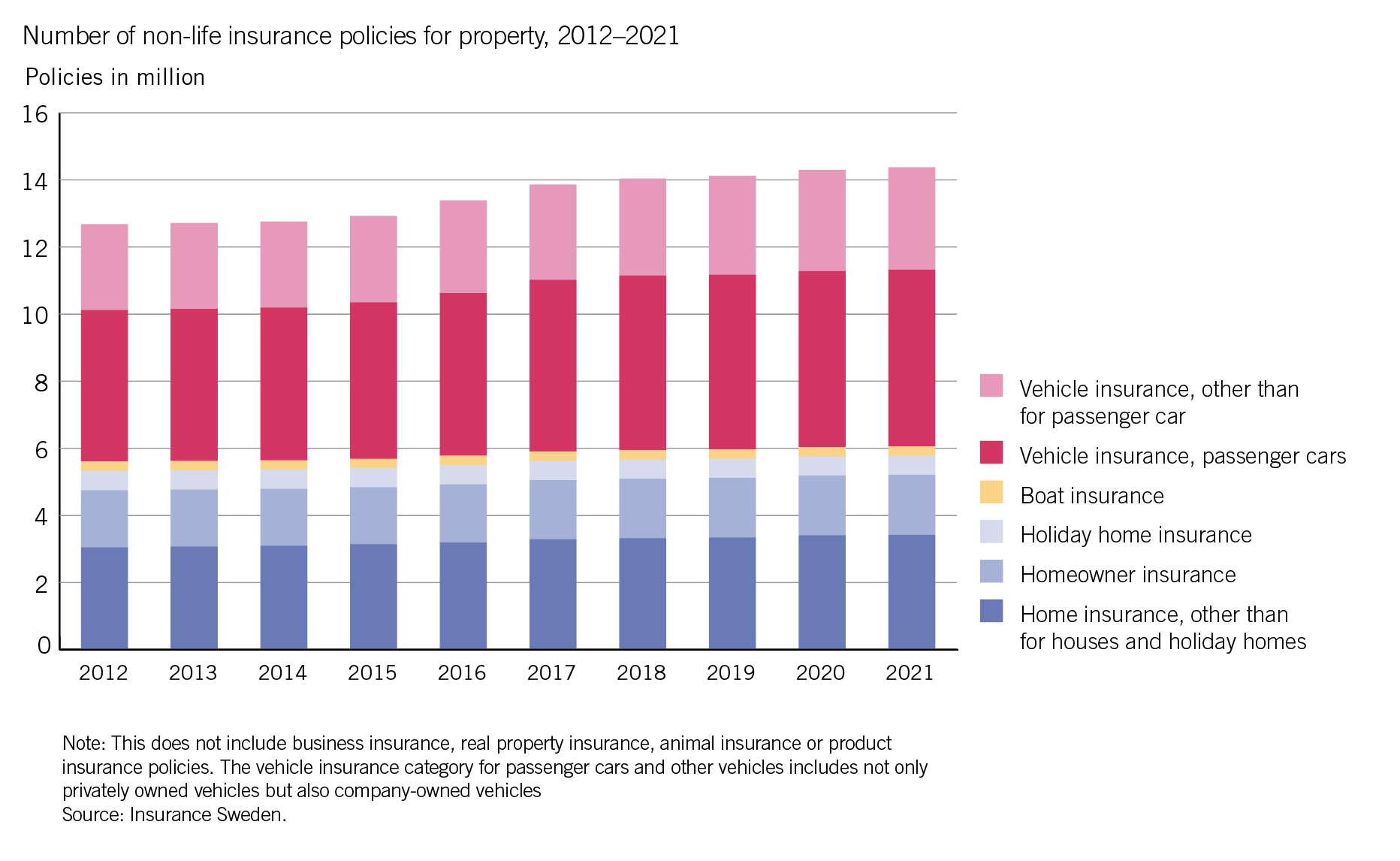 Traffic and motor vehicle insurance accounts for most premium income 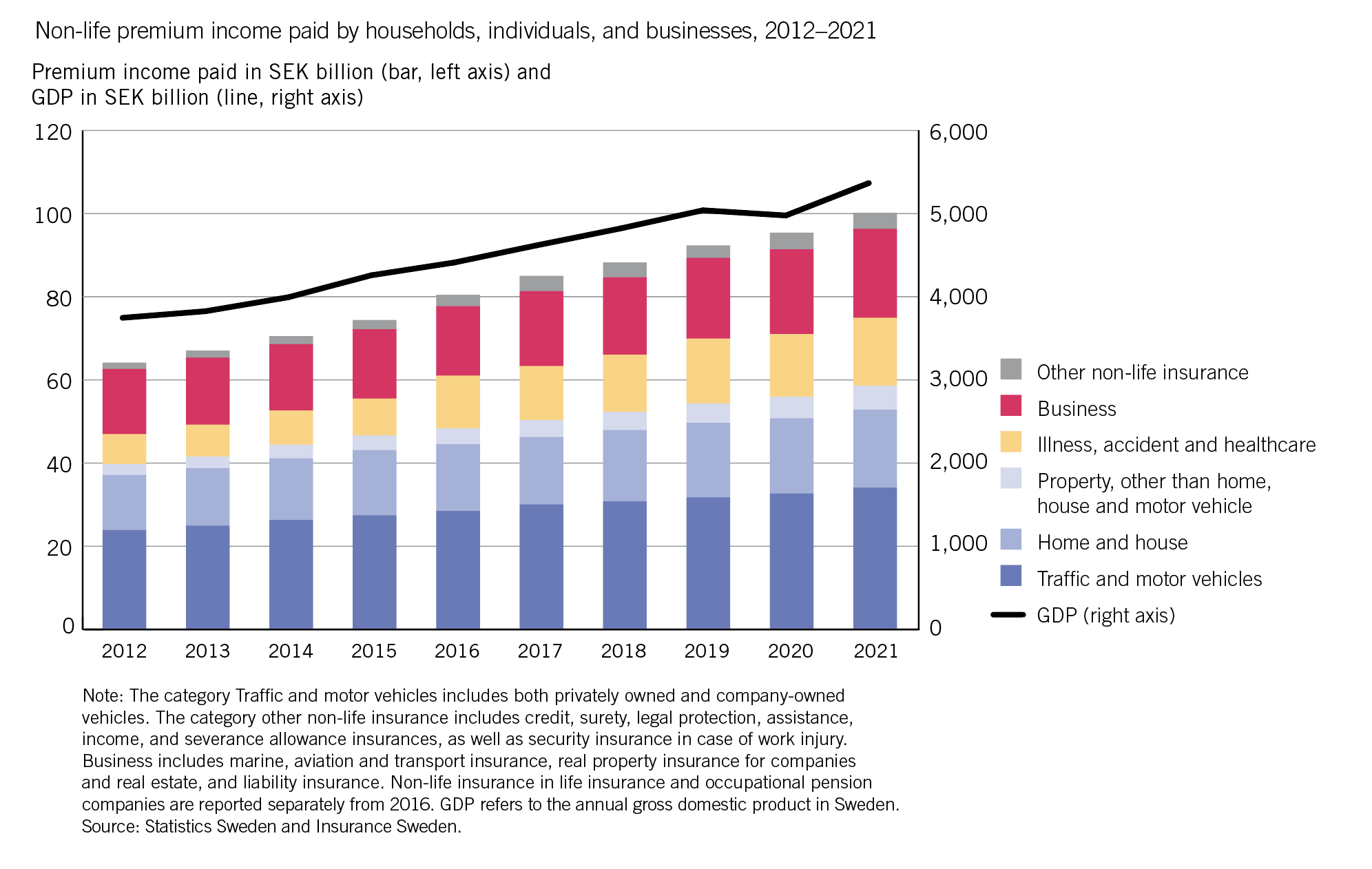