Assets and investments for the Swedish insurance industry

Swedish insurance and occupational pension companies are investing around SEK 6,800 billion in the Swedish and global economy. These investments, mainly in equities and bonds, contribute to economic growth and the green transition. The return on these assets has been high over the past ten years, which benefits policyholders in the form of, among other things, higher pension payments.

Assets are larger than Sweden’s GDP

The fact that companies in Lichtenstein and Luxembourg have assets more than three times (300 per cent) larger than GDP is because many companies, which mainly target policyholders outside these countries, have chosen to be located in Lichtenstein and Luxembourg. The reason for this may be that these countries have large financial sectors and it may also be related to taxes. The fact that Dutch occupational pension companies have such large assets in relation to GDP can be explained by the design of the pension system in the Netherlands, where occupational pensions account for a larger proportion of pension payments than in, for example, Sweden. 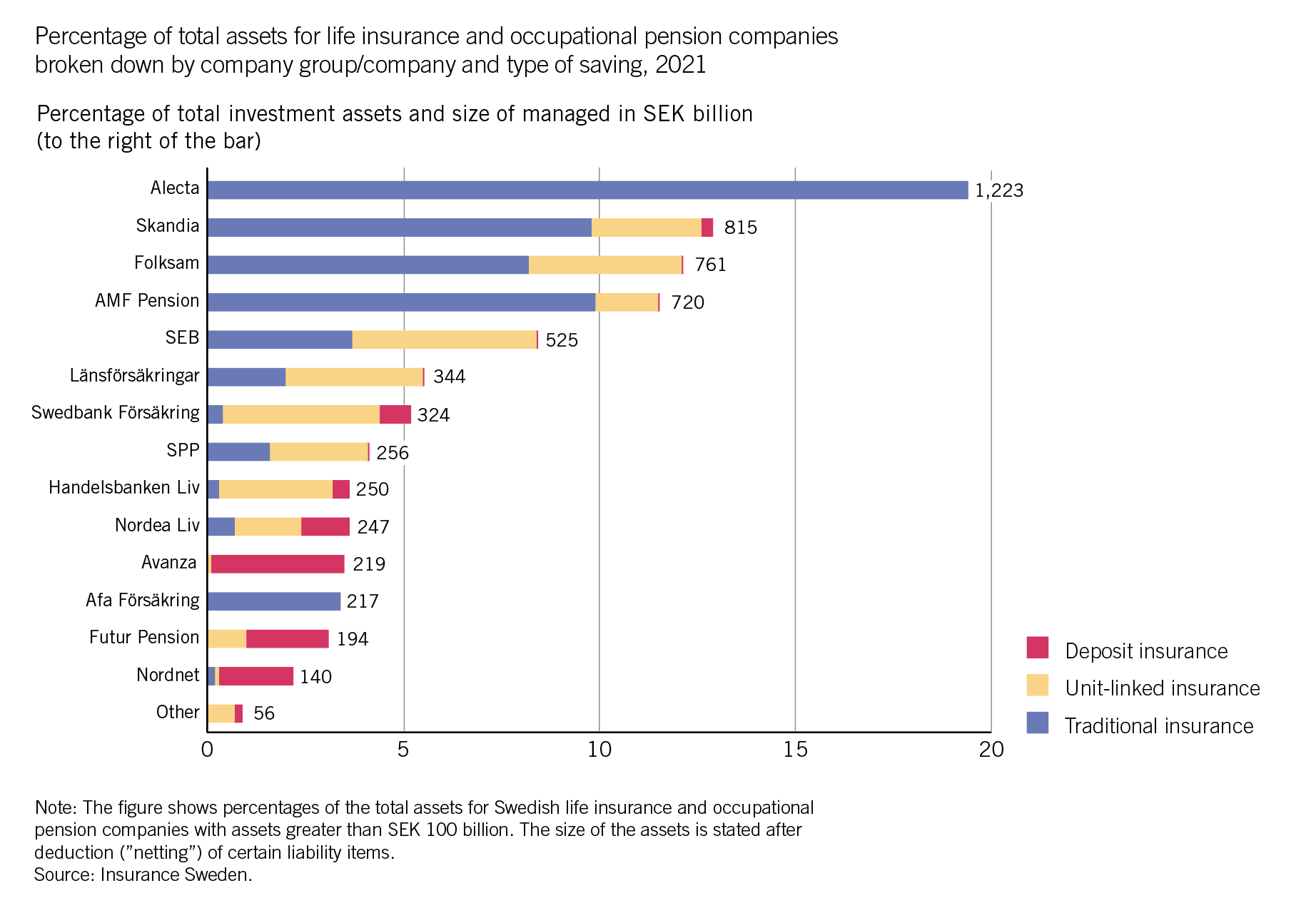